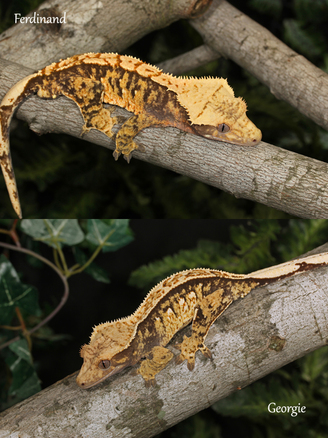 Ferdinand was produced by AJD Reptiles and has Clara in his lineage.


Georgie is an Inoki/Aquila offspring. Her lineage includes Namus, Akua, Lellarap and Nilla. 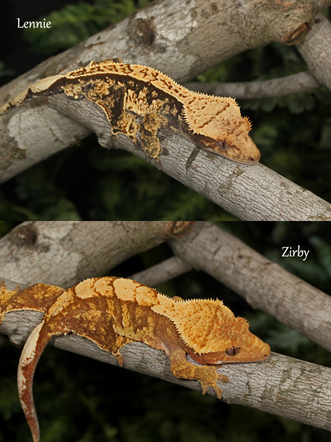 Lennie is an Inoki/Aquila and is the clutchmate to Georgie pictured above. His lineage includes Namus, Akua, Lellarap and Nilla. I plan to breed him until Adonis is old enough to take his place.


Zirby is from PinUp Reptiles, who has some insane reds. 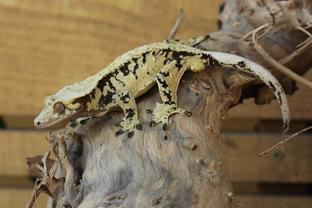 Athena has gone to spend part of her year in sunny California at Scaredy Cat Geckos. She's been paired with Marine who was produced by DD Reptiles. 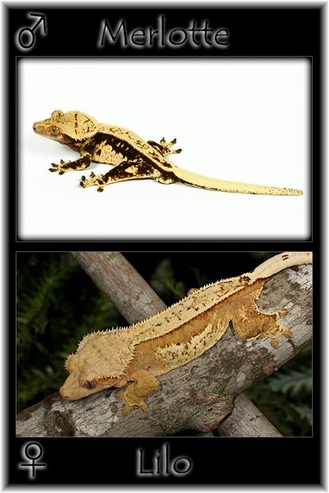 
Lilo is spending the season at LAC Herps. She's going to be paired with Merlotte who was produced by Mina at The Minagerie. He's a Captain x Willow offspring.(Photo credited to Andrew Gilpin.) 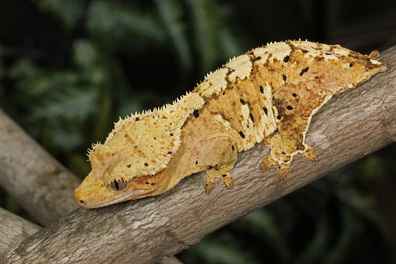 
Halexia will be headed to LAC Herps to be paired with Mr. Clean, their super dalmatian male.


Junco will be on loan with us from Bad Obsession Reptiles. 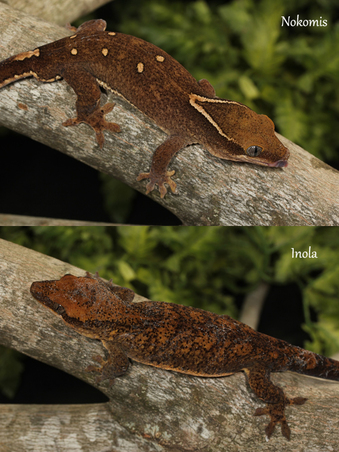 Nokomis was purchased from Jon Boone, and Inola was produced by us. 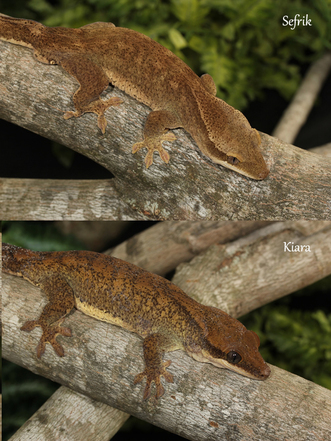 
Kiara was produced by us out of Shenzi & Trogdor (Troeger line male). 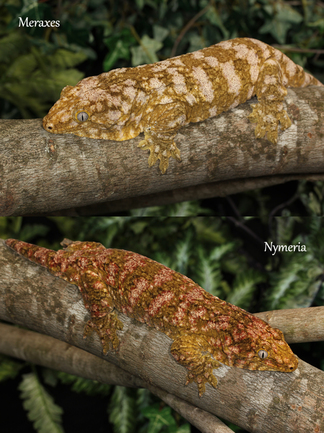 
Our only planned breeding of giants this year. Both are mixed locales, we are going for highly colored/patterned offspring. More information about both geckos is on the leachianus page.