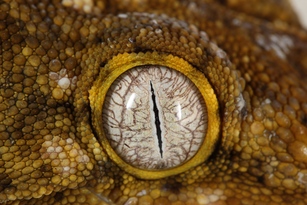 Isle E eyeball
Rhacodactylus leachianus geckos are more commonly known as Giant Geckos or just simply as "leachies". This is the largest species of gecko in the world. They come from the islands of New Caledonia as well, but are more widespread in the island chain...occurring on many more islands that what the crested geckos or chahoua do. Each locale has slightly different characteristics...far more complex than what we have allowed ourselves get into at this point. Some tend to have more color and pattern, while others are more drab. There is a lot of variation among individuals. Grand Terre (GT) locale animals get the largest, with some specimens getting to be over 15 inches long.

Our first female leachie is a henkeli cross. We believe she is Isle E, Nuu Ana, and Pine Island crossed. 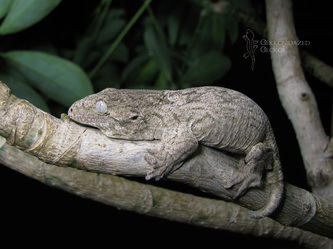 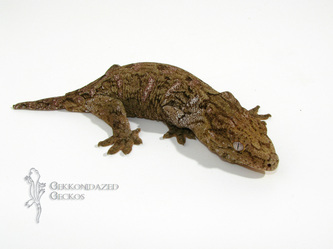 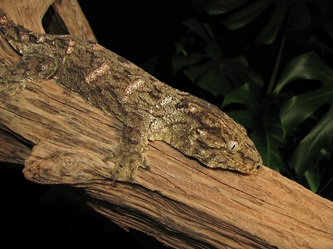 In January of 2012, Tamechi laid a set of eggs. She has never been paired with a male because we bought her specifically as a pet. At that time, we had no intentions of breeding leachies. We always keep all eggs produced from our geckos and incubate them until they are for sure bad, go bad or mold. It just so happened that when Kyle found this set of eggs, they looked good and fertile. Eventually one went bad, but the other kept going. On May 11, 2012, a little leachie was waiting for us in the incubator! There have been a handful of reported cases of leachianus reproducing via parthenogenesis. We are fortunate to have it happen to us. Devaki is happy and healthy and has an appetite like her mother. We plan to keep her as well and not put her with a male to see if the same thing happens when she is sexually mature and starts producing eggs. 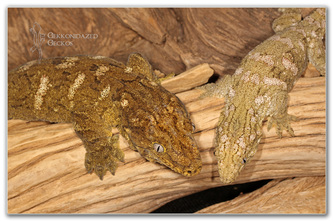 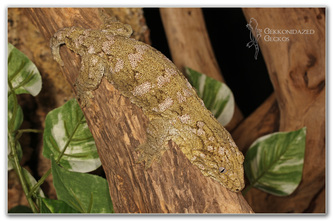 The male we found for Nymeria we've named Meraxes and he is a Moro/Nuu ana mix.

In '10, we inherited a very special leachie. Nymeria is an offspring of the Pinky line of leachies. While no one knows the exact locale of "Pinky", his colors and offspring have become somewhat legandary. Pinky has a lot of pink and greens, and has passed it off to a lot of his offspring over the years. We are very excited to have gotten in on this line of leachies. 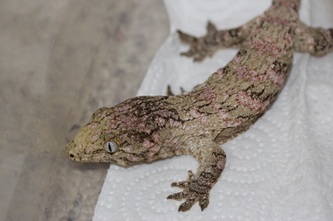 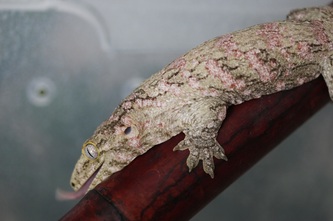 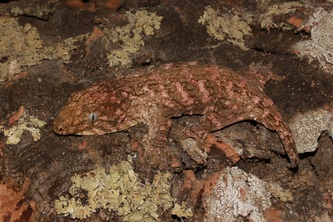 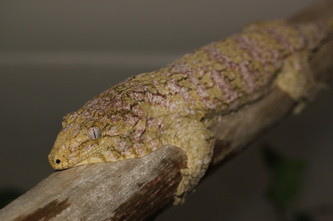 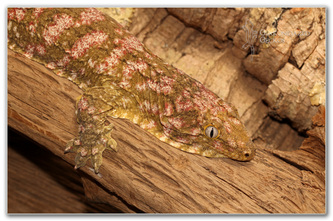 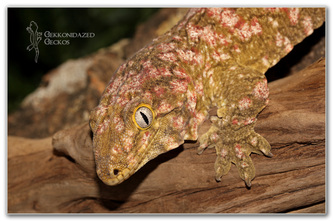 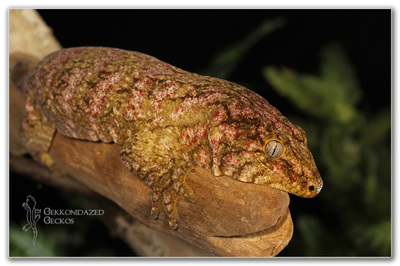 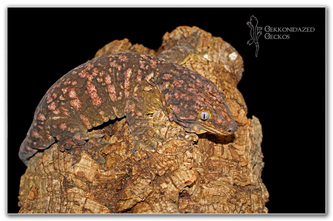