We are questioned about our name quite often and it seems to present a pronunciation problem for people. It is actually a scientific pun stemming from the Latin word Gekkonidae, which is the biological family that includes all species of geckos. I learned to pronounce Gekkonidae with a long "a" ending like "day". I later found out that -dae in Latin is actually pronounced like "dee".

Regardless of the correct pronunciation, the root Gekkoni still pairs up with "dazed" quite nicely, and is fitting because I (along with countless other people) are completely fascinated and mesmerized by the marvelous group of lizards called geckos...and so Gekkonidazed came to be.   :)

Our Story (written by Kyle) 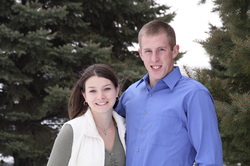 Photo courtesy of LAC
I have spent most of my life intrigued and infatuated with reptiles and amphibians. I distinctly remember my first "field herping" find and the moment I fell in love with geckos.

My parents were building a new house when I was a little under 4 years old, and I found my first American toad near the house's foundation. I built a little hut out of dried dirt chunks and put the toad inside. I looked for it the next day, but it had inevitably escaped. I later found out that we had a pond a short distance from the house and I spent a lot of time there growing up.  My brother and I kept a lot of native herps in our basement in glass tanks.

Field herping became a major hobby of mine through my life, and I've made trips to South Carolina, Arizona and Southern California, and even Peru. One summer job in Montana involved a lot of amphibian monitoring and another job had me working with the endangered Brazos water snake (Nerodia harteri) in Texas. I've developed a crazy habit of rolling almost every rock and log I see in hopes of finding something new.

When I was still a young child my family used to visit my grandparent's every Sunday night and we would eat popcorn and watch Wild Discovery. I caught a glimpse of a gecko in one episode...one of the leaftail species from Australia (possibly Saultaurius wyberba) and was instantly hooked. I never thought that I would have the collection I do now, or the knowledge I have gained over the years.

I didn't get the chance to finally get geckos of my own until I was a Sophomore in college (I graduated from the University of Wisconsin-Stevens Point with dual majors in Wildlife Management and  Biology.), where I started with a 2.3 group of Chondrodactylus turneri. I hid them in my dorm room closet for a majority of the year without many people knowing about it at all. I was constantly checking classified ads for good deals on different stuff. I really started to get into geckos even further, and somewhere along the lines Krystal followed and became just as curious and happy to have them.

Once Krystal and I graduated college though, our hobby exploded and we started getting more and more geckos, and expanding into other species. We got our first pair of crested geckos from Garrick DeMeyer (crestedgecko.com) since we lived only a short distance from his facility. A pair of geckos turned into over 20 in a short time, and eventually expanded into the 80+ animals we have at any one time between buying, selling, and producing our own. We've tried a number of species, but the Rhacodactylus and Uroplatus geckos truly have our hearts. We have worked with a number of different species though and hope to continue having new experiences with them and others.

Krystal isn't as deep into the field herping aspect of things, but she enjoys the geckos and reptile shows as much as I do.  She  liked to catch frogs as a kid, but that was really the extent of her reptile/amphibian experience. Having the geckos was competely new for her, but she loved it from the very beginning. I could see that she was interested when I got the first ones. We are both like kids in candy stores at any shows, and love to chat online as much as possible. It's a great hobby and common interest to share.

We can't wait to see where this hobby takes us in the future.  We've made lots of great friends, met some really neat people, and generally have had a great time raising geckos.

In addition to the geckos, we also enjoy our cats, Zahli and Kinsey, and our dogs, Nyah and Schatze.  They are truly our "kids" and we wouldn't want it any other way. The furries coupled with an entire room of geckos is quite the circus to be living with. :)

Both Kinsey and Zahli were rescued from shelters in Wisconsin. Kinsey is the tortoiseshell, and Zahli is the light siamese cross. Nyah is a catahoula leopard dog that we purchased from a breeder in Kansas. They are typically used as hog hunting dogs in the south. Schatze is a vizsla that we were given as a wedding present from Rob Tomczak of Shiloh Kennel & Stables in Elk Mound, WI. Krystal used to work for Rob while she was in graduate school, and fell in love with the breed through her work at his kennel. (http://www.shiloh-kennel.com/about is his website if you are interested in a working vizsla.)

In the past few years I have also taken up a large interest in photography, as you will see by the photos on our website. All of them were taken by us of animals that were or are in our collection unless it is noted. Field herping, "studio photos" of various herps, or animals from other people's collections may also pop up here and there.  I hope to continue getting better with my skills. I'm currently using a Canon T2i with a Sigma EF-500 DG Super hotshoe flash. I only have a couple of lenses at the moment, the standard 18-55mm kit lens and then a 50mm f/2.8. We use a 60mm Macro for photographing our collection as well as field herping.